Seems like it was just yesterday that Brent Barry was on NBA tv saying that the Nets are searching for an identity, well, now they are ssearching for a coach. 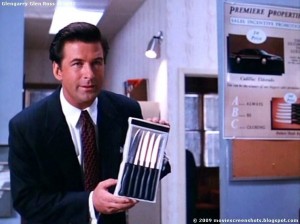 For Deron Williams, a set of steak knives.

But just 24 days after he was named Eastern Conference Coach of the Month for November, Johnson was fired by the Brooklyn Nets. Assistant P.J. Carlisemo was named interim head coach, and will retain the rest of Johnson's staff.

A search for a new head coach will begin immediately.
(more, here)

Let the comedy begin, this is, after all, New York, where dreams are dreamt big, and often unrealistic, and we are all forced to listen to it.

Yes, they all can't wait to be coach of the month, then fired the next, for a team that chooses to go 3 and 10 in December. That ain't coaching, kids, that's the will to fail.

A touch of reality:

A source told ESPN the Nets have not yet placed an "official" call to gauge Jackson's interest. Jackson's agent told NBA.com that Jackson has "no interest" in coaching the Nets.

And immediately back to the New York fantasy:

However, if Brooklyn does call, Jackson would entertain the idea in much the same way he did with the Lakers, spending the weekend analyzing the roster and visualizing how he would turn it into a championship team, according to a source.

It's going to be like that until they hire a new coach.

King told reporters he wants Carlisemo to coach "like he's going to coach the team for the next 10 years," but added that the Nets will "evaluate things as we go."

Ha! Ha! Ha!
I wanted PJ to coach like he wasn't a giant a-hole, but we can't have everything, Billy.

Ultimately, Johnson's demise was about expectations. Brooklyn ownership didn't add more than $330 million in future payroll this past summer in order to go .500. - from ESPN NBA Insider, Kevin Pelton, Brooklyn Nets not getting better

I'm guessing Phil Jackson already analyzed that, as have all of the coaches on the NY dream list.