Even though Sunday is the day of all the marquee match-ups, Saturday offers a potentially very fun match-up between the Denver Nuggets and the Cleveland Cavaliers. The game is on NBATV at 4:30PM PST

Kyrie Irving vs. Ty Lawson is going to be a blur/exciting one-on-one head to head match-up. Two of my favorite point guards in the NBA.

There have been a few trade rumors surround Andre Miller and Timofy Mozgov. There have been inquiries about both. The Nuggets seem to be determined to keep Miller, but there might be a team out there willing to roll the dice on Mozgov.

Could the Nuggets flip Mozgov for another wing player? Another power forward?

And because the NBA trade is so much fun. Here is a completely baseless trade of Josh Smith to the Lakers with Gasol and Meta World Peace as the other main components. 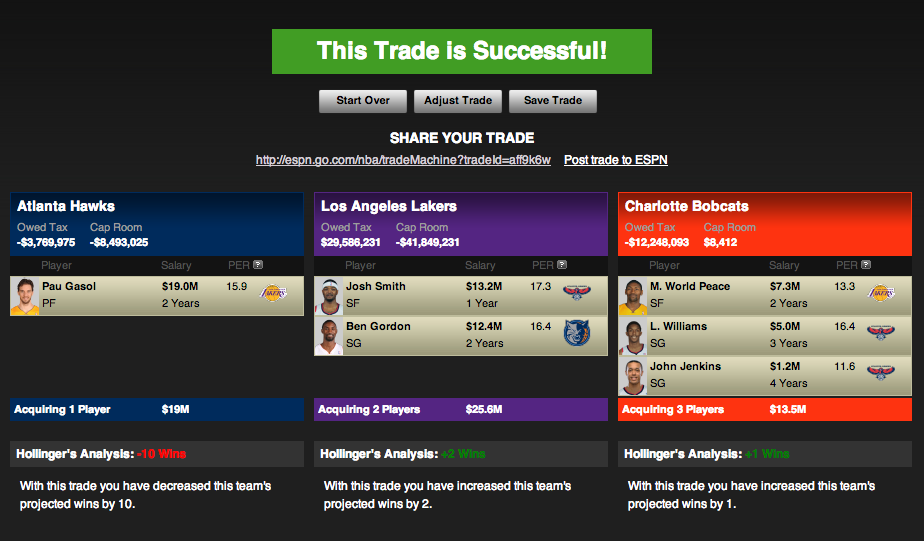 Won't happen, but the NBA trade machine is so much fun.