Share All sharing options for: Misc Sonics News and Notes 05/11/13

I love Pete Carroll. I don't think this needs any explanation other than an offer of thanks that this man is here in Seattle working with our community. I'm totally looking forward to hosting an event with him this Thursday (sorry, not open to the public) and supporting A Better Seattle. 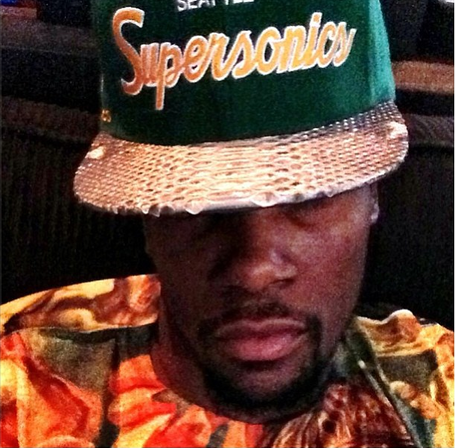 We have love for you too Kevin.

He doesn't want this purchase and arena project to be delayed. Period.

Doesn't want to sue. Doesn't want a promise of expansion in a year, or two, or three. He wants the Kings.

We note that local Sacramento business interests funded a successful referendum campaign in the City of Anaheim two years ago after it was announced that the Maloofs were planning to relocate the Kings to that
city.

Sacramento did this so honestly it should be fair game. However Insted of paying $30,000 for signature gatherers to help local arena opposition Hansen ups his bid by by $75M to keep his hands clean and do it himself. It's that math that lets him sleep well at night.

SportsRadio950 KJR is broadcasting live at FX McRory's from 3-6pm and will be filming a photo message to Chris Hansen at 5:30 sharp.

Come to Neumos at 6:30pm for great live music and our own mini-rally featuring great artists and Sonicsgate. Also hoping for Mayor McGinn, Dow Constantine and many others to make appeareances! Event Details HERE