Has there ever been a more exciting 34 point blow out in the NBA Finals? I am going to have to say no. Both teams have been lights out from behind the arc, with the Spurs making 16, yes 16, three pointers on Tuesday night to set a new Finals record.

Some of the big story lines heading into this game are; how healthy is Tony Parker? Can Danny Green and Gary Neal lead the Spurs again in game four? Where is LeBron? Can Chris Bosh and Dwyane Wade contribute just a little bit? How is Erik Spoelstra going to design the defense to run San Antonio off the three point line? Has anyone seen Manu Ginobili's game?

I am personally predicting a huge night from LeBron James. I am going to say 38 points, 14 rebounds, 14 assists, four blocks and five steals.

I'm also going to take the Heat tonight. Sounds like Mike Miller is going to start, pretty sure they are going to put him at SF, move LeBron to PF and bring Haslem off the bench.

What are your predictions?

Also this post is brought to you by the guys at 3 Point Productions. They are doing a contest for a lucky fan to enter the three point contest. Click the image below to enter! 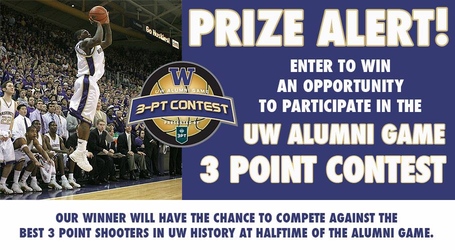