The echo chamber that is the Seattle Times Editorial Board continues its slow death spiral, preaching to an ever-dwindling number of readers. 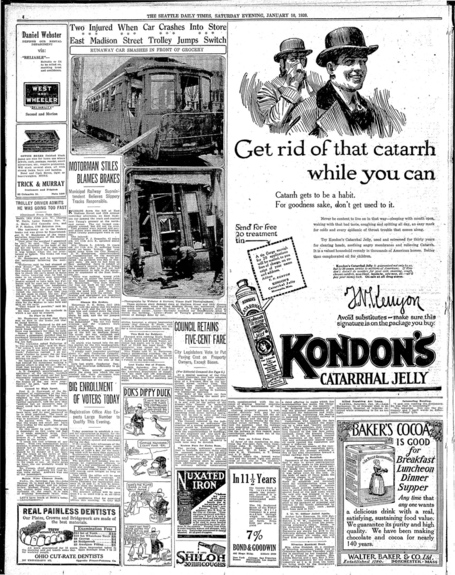 Because, you know, Ed Murray didn't already pull almost twice the votes in the primary than Steinbrueck.

The alliance between ILWU/the Port of Seattle and Seattle Times ownership has yet to produce any fruitful political results. Their attempts at overturning the MOU via SEPA have failed. The only consultant candidate who vocally supported their agenda was roundly thrashed in the primary.

Hint to Times editorial board: Considering the waning influence of newspapers on the public vote and indeed over public opinion in general, it's time the Times made overtures to move closer to the candidates' platforms instead of supporting the same old tired talking points from the Port and ILWU. Mainstream opinion has left you and your agendas behind. Join the party or get left out in the cold. Times, get with the times.