Here is the conclusion of my two-part series on Seattle journalist Chris Daniels. Click here to read the first part, which covered Daniels' history and integrity as a journalist. In today's piece, I will discuss his treatment of the Sonics story and his celebrity status. 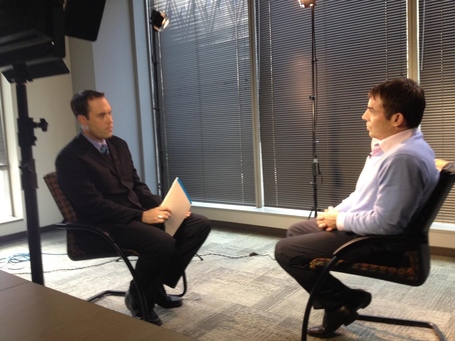 We as Sonics fans know why this story is important to us. We lost a special piece of our childhood and our kids have been deprived of a special piece of theirs. We love basketball and, in spite of the way it treats us, we love the NBA. We miss it and we want it back.

Daniels might not admit it due to journalistic independence, but don't you think he shares some of our feelings on this? He is, after all, a local "sports nut".

But is that a large enough reason for a journalist of his stature, who has "criss-crossed the country in pursuit of" important news stories, to give our saga such prominence? Do his feelings as a sports fan make this story important from a journalistic point of view?

Not a sports story

The answer is is no. It may be part of the reason, but the love of sports alone is not enough for him to devote so much time to this story.

I felt this way then and I feel this way now. It's not a sports story.

It's a neighborhood story. It's a story about transportation, real estate, law, public financing, priorities, and sports. It's the great nexus of the politics, big business, and sports worlds.

I like to think I'm think I'm well versed in all three of those worlds and that's helped me. We're talking about potentially a billion dollars being invested in Seattle and that alone should make any who cares about their region pay attention.

Sports passion would also not have been reason enough for his employer to divert so much time and so many company resources over a seven year period on one story.

I have a good news director, who heard me give that "it's not a sports story" speech more than once.There are internal battles that are fought on news stories all the time. You win some, you lose some. But we've been vindicated by the nominations and awards we've received for our coverage.

Time away from family

Yes, I have a wife and young daughter. She's too young to realize much except that "Daddy's on TV." I've missed out on some time with her this year because of the Sonics and arena story. My wife has been great through it all and understanding.

She saw how much I was working at home, from sun-up to beyond sun-down. She made sacrifices so I could fly somewhere, or come into work on a moment's notice. I think that's why she enjoys seeing people come up and thank me for the hard work, and some of the recognition I've received.

I think about times when we've been playing at a park, as a family, and a random dad will come up and say thank you for a job well done. I'm always a little shocked and my wife thinks it's cool. 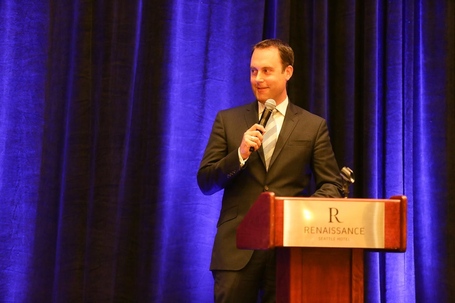 But make no mistake. He has become a celebrity in our eyes because of this story. He is loved and respected by many in Seattle and, believe it or not, by some in Sacramento.

Thanks of a grateful Sonics nation

Why do Sonics fans love Chris Daniels? For a variety of reasons. He has kept our cause in the spotlight. He has treated our side of the story fairly. He has kept us informed. He has given us hope through honest reporting of events and rumors. He doesn't tell us what we want to hear. He tells us what we need to hear.

Because of his devotion to fairness, I wondered if it was occasionally awkward for him to have so many Sonics fans come up to him and express their thanks and treat him like a celebrity. Considering the journalistic principle of independence, I asked him if he ever felt the need to keep Sonics fans at arms length. Here was his response.

No, I don't feel like I need to keep Sonics fans at arm's length. Passion drives me to ask questions, whether it be of this situation, a school board controversy, transportation, and the like. If a person doesn't care, as a journalist sometimes, it makes it tougher to care.

There's another reason that we love Chris Daniels. He's not afraid to go toe to toe with David Stern, ask him some tough questions, and hold his feet to the fire.

My earliest memory of him is his performance in Little Napoleon's press conference following the NBA's decision to allow the Sonics to relocate to Oklahoma City in 2008. It wasn't his last run-in with Stern. I would be surprised if we have seen their last showdown.

For those of you who don't remember it, check out the following video.

Daniels offered the following context on that confrontation and others he's taken part in.

What people don't realize, is that moment, and others since, are made for television. The press conferences are wired for a live broadcast, with floor directors and stage managers. David Stern is a very smart man and watches his words carefully.

That whole moment was unplanned on my end. I thought I was asking honest, until that point, unanswered questions. I had no idea, until I walked out of the room, how that exchange played in Oklahoma City and Seattle and is remembered to this day.

The view from Sacramento

You might be surprised that Daniels, who is such a hero in Seattle, is also well respected by many in Sacramento. Not all, to be sure, but many. His impartiality made that possible. 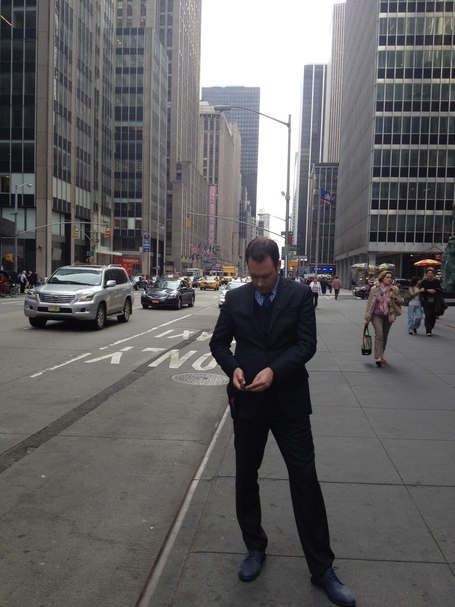 To Chris Daniels, I say check your phone for the following message.

To everyone at Sonics Rising, I invite you to tweet Chris some thanks of your own. You can send it to @ChrisDaniels5. Hash it with #THANKSCD5.

Let's get it trending.