Seattle hoops have a passionate champion in hometown hero Jamal Crawford. Jerome Johnson encourages you to support Jamal and the Clippers this season. 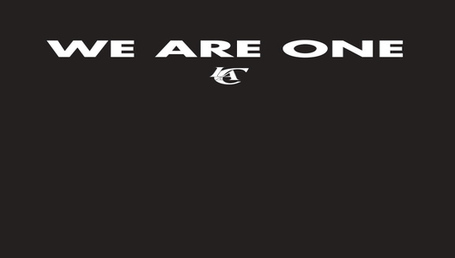 When it rains, it pours. This is Seattle, proverbial "Rain City". Even NBA supporters in the city continue to recoil while watching the historically entertaining first round of the 2013-2014 NBA Playoffs. The playoffs have garnered two diverse reactions in regard to Seattle fans. Either the fans completely broke off their "on again, off again" relationship with the NBA, or interest is peaked and fandom is redeveloping. In reference to sentiment set by the guys of Sonicsgate, Seattle fans needs to choose to be 100% all in for the NBA, or completely be done with it. There is no middle ground.

The Seattle basketball hangover is at its worst stage during the second round of the sixth NBA post-season without the Supersonics. To this point, no formal announcement has come in terms of projected expansion. Oklahoma City Thunder continues to make headlines. Kevin Durant, the second overall pick in the 2008 NBA to the Seattle Supersonics was granted with his first league MVP award. It is unanimously agreed upon, we in Seattle love KD, and always will. With that being said, his team and owner can go kick rocks!

Paging Seattle basketball fans. Supersonics fans should remain optimistic and take an active supporting role for the league, and the 2013-14 Sixth Man of the Year award winner of the Los Angeles Clippers, Jamal Crawford. Los Angeles Clippers are becoming the "darlings of the NBA". A way to eradicate negativities like bigotry is to empower the oppressed group. In turn, America is offering the Clippers its resounding support to combat all the negativity off the court and allow more focus on basketball.

This regular season, Jamal averaged 18.6 points per game, 3.2 assists, and 2.3 rebounds off the bench, averaging 30 minutes per game in route to his second career Sixth Man of the Year award.

Seattle fans, get behind former Rainier Beach alum Jamal Crawford and his team, the Los Angeles Clippers, especially against the archrival OKC Thunder. If there is time to take charge and become invested in the game, it is now. Clippers stole home court advantage game with a game one massacre of the Thunder 122-105, which is the largest deficit losing at home since moving to Oklahoma City.

How much sweeter would it be to see Clay Bennett’s reaction after the Clippers stand victorious and punch their ticket through to the Western Conference Finals after taking down OKC?

In case you were not familiar with Jamal Crawford’s efforts in the Town, NBA players who played in the Jamal Crawford/Seattle Bastketball ProAm are well aware of how starved this city is for professional basketball. Players such as Tyreke Evans, Kevin Durant, Jeff Green, Kyrie Irving, Blake Griffin, and LaMarcus Aldridge came to put on a show for locals. More stars are expected to attend this summer.

Take a look at this video to see the handles - Jamal Crawford's ProAm Mixtape.

Giving back to our community is important to Jamal. He shared this a while back, "Kids who are eleven and twelve years old, have Kevin Durant as their favorite player. The only place they have seen him is TV or Xbox. It hasn’t been in a live and in person situation. It is a credit to all those guys coming here. They wanted to be here. They understand Seattle is a great city and we miss our basketball team. We will continue to do this until we get a team back."

Proceeds from the ProAm were donated to the Rainier Vista Boys and Girls Club as well as to the inner city youth from Jamal’s foundation..

If joining the Clippers bandwagon is still unsettling, think about these comparisons. Their exciting brand of basketball is reminiscent to the mid 1990s Supersonics - the originators of Lob City. Gary Payton and Chris Paul share commonalities outside being drafted in the top five of their respected drafts. Oddly enough, in the 1995-96 season that the Sonics reached the finals, the Glove averaged 2.5 steals per game. CP3 averaged 2.5 steals per game this season. Both have the same fiery, demonstrative demeanor on defense, minus the trash talk from Paul. On offense, Gary and Chris both averaged 19 points per game. GP had a lower assist output of 7.5APG to 9.7 Chris’s 10. 7 APG. Each team played at the level of their All Pro point guards. Glove/CP3 dribbles frontcourt, crossover into the lane, throws up an alleyoop to Kemp/Griffin up high for the throw down [in the best Kevin Callabro voice.] Both point guards can throw it anywhere towards the hoop and the big man will go get it.

Shawn Kemp in his prime and Blake Griffin are also similar. We know the ferocity at which they can dunk, posterizing opponents who get in their way. Griffin dunking on cats is the new YouTube sensation. The Reign Man averaged 19.6 points, 11.4 rebounds to Griffin’s 24.1 points and 9.5 rebounds. Local stars Detlef Schrempf (17.1 PPG) and Jamal Crawford (18.6) round out the top three scorers for their teams.

It is no surprise that the offensive efficiency ratings for both teams ranked in the top five. Their records were as follows Seattle 64-18 & LAC 57-25. If there are any indications that the Clippers will take a proverbial next step to the NBA Finals this season, let the 1995-96 Sonics recipe for success act as a guide.

I challenge you again, Sonics fans. You do not have to throw away your green and gold. Just wear your red, white, and blue until our team comes back, or at least through the end of this season. Get behind the man and his team that brought part of the NBA action to us. Seattle fans and LAC fans must unite and become one. Why not us, Seattle? Why not the Clippers? We are one!