It's time to remember the legacy and rekindle the legend of the original voice of the Seattle SuperSonics.

Seattle hasn't often been blessed with successful sports teams, but it has enjoyed a wealth of quality sports broadcasters. The ones we most often think of are Dave Niehaus for the Mariners and Kevin Calabro for our beloved SuperSonics.

I love both of those guys as much as the rest of you, but there is another voice from our history that should never be forgotten. He was the first "major league" level play-by-play announcer the city ever had. Many above a certain age would argue that he was the best.

His name was Bob Blackburn (1924-2010) and he was the original voice of the Seattle SuperSonics.

I recently interviewed Bob's loving wife and his eldest son, who were kind enough to share memories with us in the podcast below. Bob Blackburn, Jr., got the ball rolling for us and his mom, Pat, brought it to a very touching conclusion. Trust me, you will love her.

Special thanks to our own Steve Stearns, who produced and edited the podcast.

Some Highlights From The Interview

Bob's relationship with Calabro and the transition - 19:00.

HE WAS SO GOOD

If you've never listened to Bob's play-by-play or it's been too long since you have, check out the clips below. He was smooth before Sam Perkins made it cool.

In the podcast, Steve mixed in some snippets of Blackburn's call of the championship game in 1979. The first clip below has a lot more of it so you can really get a feel for the man's pacing, his preciseness, and his passion for the game. It was put together by our friends at Sonicsgate. The second clip is the end of the same game, but you can actually see the video of the final moments of the game. No Sonics fan should depart this earth without watching this.

1979 Sonics Championship: Bob Blackburn on the Call (via CmndoDave)

This next clip doesn't have any play-by-play at all. Bob made an appearance on the old Spud Goodman Show, which goes to show that he liked to have fun when he wasn't broadcasting. I don't begin to understand the spatulas. What a weird show this was and what a regular guy he must have been to go on it.

Bob Blackburn on The Spud Goodman Show (via 74elcaminohef)

Bob died in January of 2010 at the age of 85 after a lengthy illness. It was a tremendous loss for our community and a heartbreaking loss for his family.

The Seattle P-I did a story at the time of his death (You can read it by clicking here). Here are some passages from the article:

"He made me feel better than I was," (Slick) Watts said. "Just hearing him announce was always a thrill for me."

"During the five years I worked with Bob, I spent a lot of time listening to his stories, his instruction, his work," said (Kevin) Calabro, who started broadcasting Sonics games at KJR with Bob Blackburn in August 1987. "When you work next to a guy like that with such great command, you can't help but take some notes."

"If it is as it suspiciously looks like it will be, that the team would be in Oklahoma City and not Seattle, I don't like it very much," he (Blackburn) told the P-I in July 2006. "I'm very sorry."

ESPN also ran an obituary piece, which you can read here.

When I asked Mrs. Blackburn how we, as fans, can best pay tribute to her late husband, she gave an anecdote of the many times fans would approach him to say thank you later in his life. He would always respond with "thank you for remembering me." The family just wants us to keep his flame alive.

So here's what I remember: He would speak to me on the radio when I was a kid as I listened to the games in my bedroom. On the cold winter nights, his voice was warm and comforting like a cup of hot chocolate.

I never met Bob, but he was a part of my childhood that I will never forget, much like the Sonics themselves. Remembering him rekindles my anger and sadness over the departure of our team. It is a crime that the family had to get Clay Bennett's permission to display his own banner at his own funeral.

As Bob said in the podcast, he has access to memorabilia of his dad that you might be interested in. Any compensation he receives will go toward family medical expenses. If you are interested in this or if you just want to make friends with a really great guy, check out his Facebook page. He'd love to be friends with you. 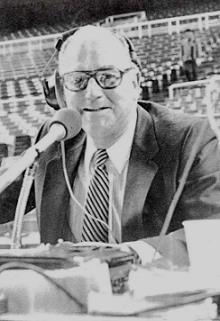 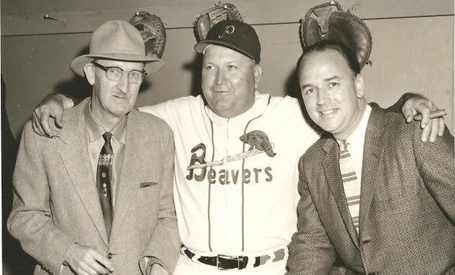 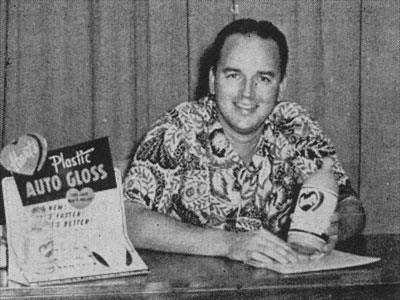 Have any special thoughts or memories about Bob? Share them here. Help keep the flame alive.