Although we would love to report that the SuperSonics will be returning to Seattle in the very near future, the truth of the matter is that if the franchise is resurrected it won’t happen until approximately 2025. But rather than debate the chances of NBA basketball making a comeback in the Emerald City let’s take a step back in time and recall some of the greatest players in the history of this once-proud franchise.

No. 43 retired by Seattle SuperSonics

Sikma was a 6’11" tower of power for the Sonics and some referred to the talented center as a bit of a hatchet man. However, to characterize him as a goon would be doing him the ultimate injustice as he averaged a double-double in seven of his nine years with Seattle. His best season occurred in 1981-1982 when he averaged 19.6 points and 12.7 boards per game and brought Seattle its only NBA title in franchise history. Where do you put the greatest player who ever donned a Sonics’ jersey, if but for only one year? Well, he did spend the next eight seasons with the Oklahoma City Thunder – I’m not sure if that helps or hurts his case – so you can’t put him last. However, one year with the club doesn’t give him enough Seattle Street cred to make him numero uno. Therefore, we will give him props at No. 4 because he is so good, on the border of legendary, that he has to be included somewhere on this list and this spot just felt right.

He was the Rookie of the Year in his only season in Seattle, averaging 20.8 points per game, and has gone on to a remarkable career that will eventually land him in the Hall-of-Fame when he hangs up his sneakers. Too bad Seattle fans only got to see him when the curtain was closing on their franchise.

He is now a member of the Brooklyn Nets and part of the most ferocious three-headed monster ever assembled along with James Harden and Kyrie Irving. The best online sports betting sites had the Nets as the favorites to win the NBA title before Harden and Irving went down with injuries.

No. 24 retired by Seattle SuperSonics

Spencer Haywood is an oldie but a goodie and set Seattle records with 29.2 points and 13.4 rebounds per game during the 1972-73 season. He was also one of the biggest stars to move from the ABA to the NBA and paved the way for the eventual merger between the leagues six years later. Haywood would spend the best years of his NBA career in a SuperSonics uniform but would eventually become a world champion as a complementary piece to the 1980 LA Lakers championship team. 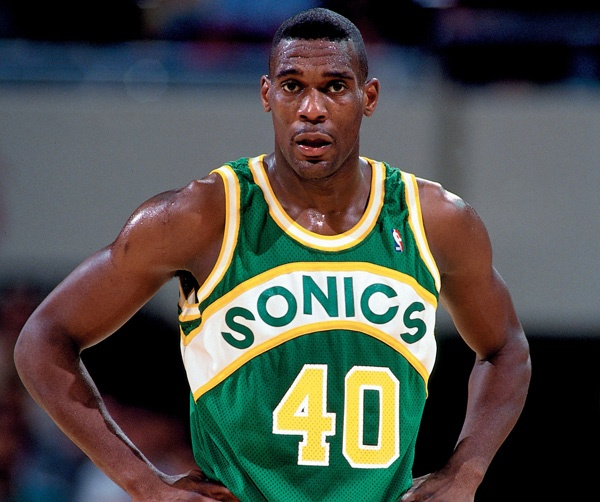 If Shawn Kemp could have kept his focus on basketball instead of getting detoured with a drug and alcohol addiction, he could have been one of the best to ever grace the hardwood. His weight ballooned and his once-promising career took a precipitous tumble.

But when he was good, he was great. He was one half of the dynamic duo, along with Gary Payton, in Seattle known as the Sonic Boom and was worth the price of admission. In six of his eight seasons with the Sonics, he averaged a double-double in points and rebound per game. At the end of the 1995-1996 season, Kemp averaged 19.6 points and 11.4 rebounds per game.

If you don’t know much about Gary Payton then perhaps him making the NBA’s All-Defensive First Team nine times will tip you off. Known as "The Glove" Payton stuck to opponents like white on rice and averaged over 100 steals per season in each of his full seasons with Seattle.